This post isn’t really about happiness or variety. I did, however, want to continue with a few more coffee recipes, and today’s link amongst them is spice.

I like recipes. Some resonate with me, and there’s so much potential in trying something new. But I seem to collect and file away more than I try. I’ve written about it before. What motivates me (one) to take action? I don’t ONLY collect recipes. Sometimes I do try them. But I do a lot of the same thing, or prepare things in the simplest way, or deconstruct dishes because it’s easier than constructing them. Ha ha.

Making open face sandwiches demonstrates the difference between me and hubby. If it’s shelled crab or shrimp, he’ll carefully remove the meat and grow a mound of it on his plate. He’ll butter his bread and neatly place the shellfish on it. Then he’ll go on to his strawberry sandwich. He’ll thinly slice several strawberries and neatly layer them on his buttered bread. Finally, he takes his plate with all his beautifully composed, delicious looking open-faced sandwiches and sit at the table and eat them.

Me? I take some meat out of the shellfish, and it goes straight to my mouth. I’ll butter my bread and take a few bites. Every once in a while a little shellfish will end up on my remaining bread. I’ll wash a few strawberries and eat them whole. When I finally sit down, I have a partial slice of bread with a paltry amount of shellfish on it. And maybe a whole strawberry or two sitting next to it.

So, back to spice and recipes. These recipes looked interesting to me. I haven’t tried them, but they seem right up my alley. But it’s so much easier to just make our standard pour over and drink it black. For me, sometimes the trick is to set up some artificial rule: try one new coffee recipe a week. Most times it takes someone to motivate me. Either I think someone would like it, so I want to make it for them. Or they make it for me so I actually try it and want to replicate it, or they tell me how it’s so good and I should make it, or I somehow get excited by another person’s enthusiasm. What do you procrastinate about? And what gets you to act?

What is a Spanish latte?

What is a chai latte?

I’ll close with recent scenes from the farm. I was able to get photos of the Kalij pheasants at dusk. The previous time I had seen them, by the time I got my phone ready, pigs ran by instead. The pheasants seem to always go about as a pair, it’s kind of sweet. The male is showier than the female, but not as extreme as a peacock and peahen. On the coffee front, the fruit is turning oranger and redder by the day. This is the result of the big flowering we had in December. And, it’s lychee time! We see more and more red emerging from the huge lychee tree. When we pick, we’ll have to bring a defensive weapon. That tree and overgrown area above is where the pigs are always running to hide. 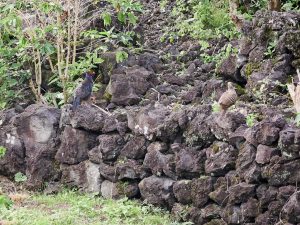 Kalij pheasants. The male, on the left, is dark; the female brown. 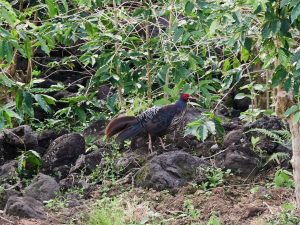 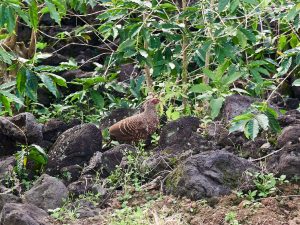 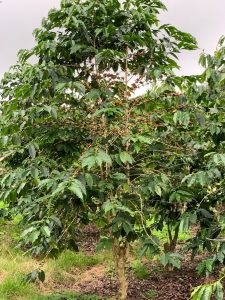 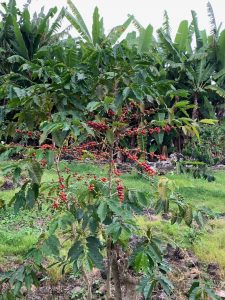 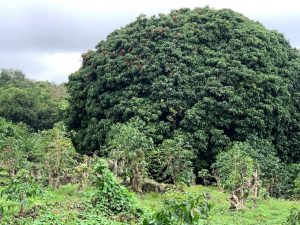 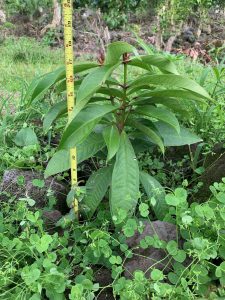 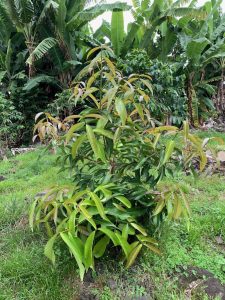 2 thoughts on “The secret of all spices”