Time for a little-human interest (vs. little human-interest) story that loosely relates to the farm. We recently had a family of five from California stay with us for almost two weeks. I wanted to understand from the three seven-year-old kids’ perspectives what they enjoyed about Hawaii. After about a week, I asked them what the Top 5 things were that they had most enjoyed. At that point the common things were: picking macadamia nuts from our farm, Keiki Pond, and Magic Sands beach.

I started to interview them separately so that each kid would think for his/herself and not just copy the others. It was amusing to see how the list evolved. As soon as they went to Volcano, that made the list and something dropped off; also, items started to get combined. At first two kids listed Volcano separately from the [Thurston] lava tube. Later those two items became one item: Volcano + Lava Tube.

By the time the family left, we had a Top 6 list.

They started to generalize so they could fit more things. For example, instead of listing Keiki Pond as separate from Magic Sands, all three kids (I think one coached the other two beforehand) listed “ALL beaches.” I asked each one what aspect(s) they enjoyed about “ALL beaches.” Swimming, building things, building an underwater volcano, the fish. For the underwater volcano, the kids with their newly formed beach buddies, scared up loose rocks, including large, awkward ones that could be (but weren’t) dropped on tender little feet, and lugged and plopped them into the middle of sandy Keiki Pond.

When they left, in the car on the way to the airport, they were complaining that they liked even more than six things and it was hard to limit it to five. I told them they could make a Top 20 list at home.

Out of the Top 6 at the end of their trip, there were four items common to all three’s lists:

Two kids put our cat on their lists. And one put “collecting water” on his.

I was happy that farm work made and stayed on their lists. There were several times they’d just go to the mac trees and collect and husk nuts. Towards the end of their trip, they cracked all that they had picked. I’m sure it was satisfying to bring back a jar of their labor. They also brought back frozen lychee (yes, you can, just make sure it’s rock-hard frozen when it goes through the agricultural check).

Coming from parched California, they also enjoyed opportunities for a few hour-ish episodes of rainwater play. Stomping around in puddles, squeegee-ing water off our outdoor table and chairs, coming up with creative ways to get the water from the rain chains, collecting water and quantifying the amount. They wanted to take all the water home to drought-stricken California.

Prior to their visit I had asked my cousins for their ideas on what they thought young keiki might like to do. Our neighbor cousin paused in thought and answered, “Weeding!” There’s never ending weeding to be done, that’s for sure. Turns out he was right! It was hard to get the boy to stop weeding and on to their next activity. I wish we would’ve turned them on to weeding on their first day. He even preferred it to the 30 minutes of TV time they were allowed each day. They worked hard and fast. I understand why our grandparents had six kids … child labor. But you do have to feed, clothe, house and entertain the little bundles of joy. 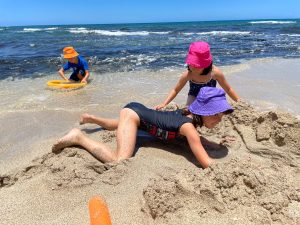 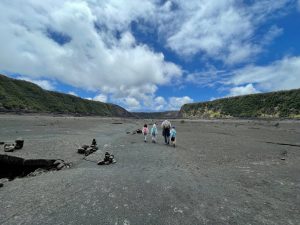 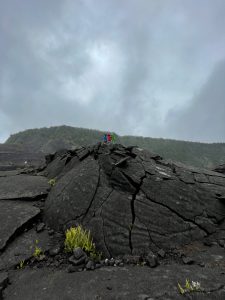 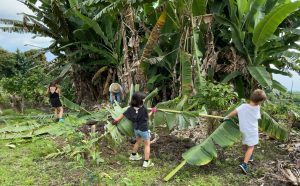 Cleaning up after harvesting bananas. 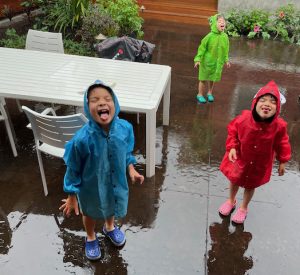 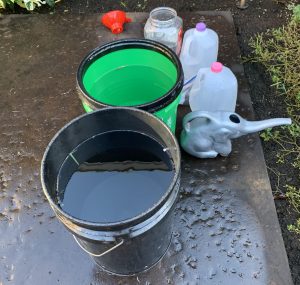 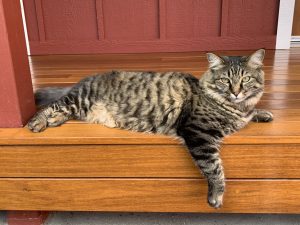 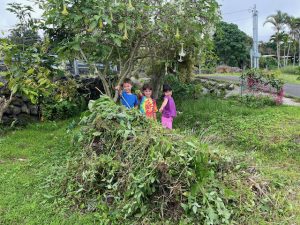 The weed pile, much more satisfying than backyard CA weeds like dandelion and clover. 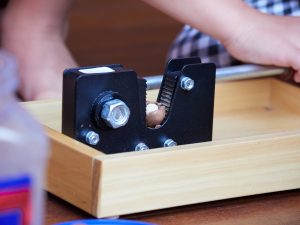 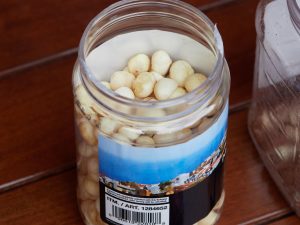 4 thoughts on “The Big Island, as seen from the eyes of seven year old keiki”