Starting Saturday afternoon and through that night, we had periods of heavy downpours. At times like those, you are glad to have a roof over your head, but you can’t hear much of anything else because of all the rain pounding down. Sunday morning, hours later, if you hadn’t experienced it, you might not even know what happened. On our farm, no mud or puddles, it looked like any other day with some rain in the previous 24 hours (in other words, almost every day). The roads were mostly dry, and at least where we are and the five miles south on the highway, there were hardly even any puddles, let alone ponds, to be seen. But there were sections with rocks, debris, and mud on the side of the road, and some new potholes & rocks surrounding them, signs of flooding damage.

On Nextdoor there was an online discussion about flooding and water that overflowed and/or diverted from creeks that caused substantial property damage north of us. Those neighbors were opining on why flooding seems to be worse than previous years. More clearing and development above? Negligent owners and/or county departments who aren’t maintaining dry creeks? More extreme weather? I don’t know enough, and I am not suggesting anything. This past heavy rain episode was harder on others than us.

It’s June, and I had started a tradition of reporting on how the year’s stumps are doing. (As a reminder this was last June’s annual stump report.) We’re now far enough along in this coffee land restoration process that this was the first year a section had a second stumping. We always lose a few trees after stumping; they just don’t come back. Survival of the fittest.

Stumping was done in early February. Here’s how they look now. Click on the top left photo to expand and use the arrow to go through the gallery. 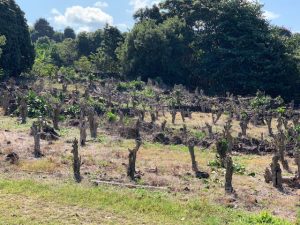 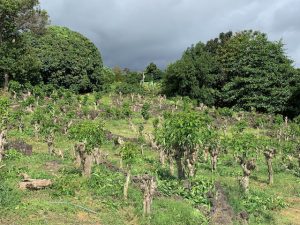 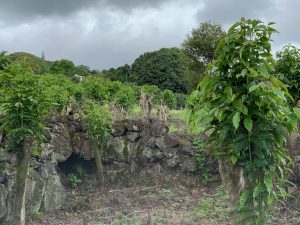 Stumps, prior to vertical selection. 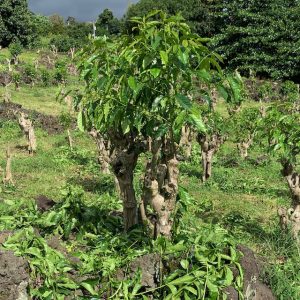 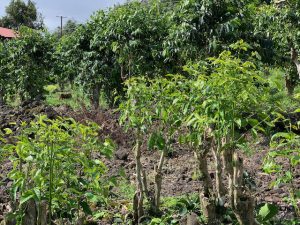 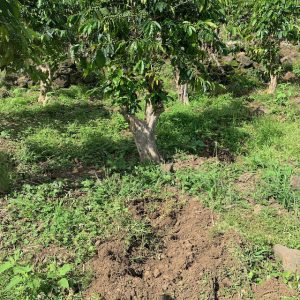 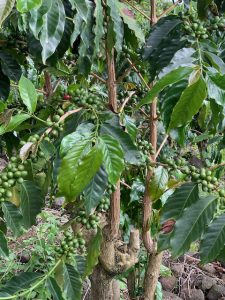 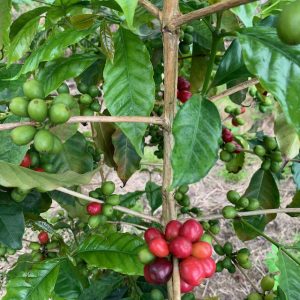 One of the trees in mid-June that has more red cherries than most.